What do you know about Alps?

In an introductory meeting with a MAT yesterday, I started the session by asking “What do you know about Alps?”

They answered, “It is a well-regarded data tool for schools”.

Rewind to 1987, Dr Kevin Conway, the founder of Alps became Principal of Greenhead College in Huddersfield.

Kevin’s career started as a physics teacher, then progressed to Head of Sixth Form at a school in Kent, moving to Vice Principal at a sixth form college in Bristol.

Kevin had a vision that all students should always be at the centre of any school or college.

When he arrived at Greenhead College, he was struck by how some students with the same given ability at aged 16 either had varying degrees of progress in a subject or were simply making different progress compared to their peers. Now known as the Three Pillars of Alps, Kevin devised a set of systems to help define progress:

Grounded in these three foundational pillars of good education, Kevin pioneered methods of measuring impact using in-college data for the next 10 years. The results were clear – the ‘Greenhead System’ was delivering significantly better results for students, resulting in numerous ‘Outstanding’ Ofsted ratings.

In 1997, 10 years after Kevin became Principal, the first 4 ‘Beacon’ sixth form colleges were announced; Greenhead College, Carmel College, John Leggott College and St Charles College. Each were given a sum of money to spread best practice amongst the sector.

Kevin decided this was the perfect opportunity to widen his dataset and wrote to the other 96 sixth form colleges requesting access to their data, to which they duly obliged. Almost overnight the data being used went from 1,500 to 100,000 students per year, creating a robust dataset.

In 2001, Kevin was forced to retire through ill-health, but this wasn’t the end; it was just the beginning. Alps was born, a student-centred improvement system, founded on principles of fairness, compassion and love. Kevin trained key staff from each contributing college on the Alps principles, the Three Pillars.

The next few years saw LSC and LA contracts come in, colleagues outside of the sixth form college sector had heard of Alps, its growing reputation, its ease of use and, above all, its impact on life chances for students.

From 2004 through to 2010 Alps delivered thousands of training events and grew the number of schools and colleges participating in the Alps project from several hundred to nearly a thousand.

By 2010 our own data set was equivalent to 60% of the national data set. In addition, after working closely with Linda Rose at the Department for Education, we successfully applied for access to the full national dataset via NPD. As one of the few companies trusted with this data, this has helped us to build upon our comprehensive dataset, from the many schools and colleges uploading data to Alps.

So, skip forward to yesterday, Alps is basically the same improvement system albeit now delivered through Connect and Summit – our cloud-based systems that have students at their heart.

Alps is not simply a data tool for schools but a solution to embed a culture of continuous improvement. This allows for the celebration of successes, the critical but supportive questioning of underperformance and the sharing of best practice within and across schools.

Today over 1,200 schools and colleges around the world (England, Wales, Northern Ireland, Malaysia, UAE, Panama, China, Kenya, Egypt, Spain, France) rely on Alps as their primary source for aspirational target setting, tracking systems, and performance review. In each of these schools and colleges, we are proud to embed our founding values – everyone is an individual, an exception, and to be valued.

Back to all latest
I met with a MAT yesterday, I had never met this person before – I started by asking ‘what do you know about Alps?’ 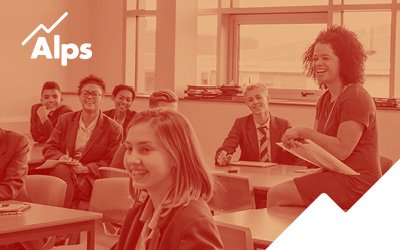 Re-calibrating and bringing the agenda back to teaching and learning

Re-calibrating and bringing the agenda back to teaching and learning 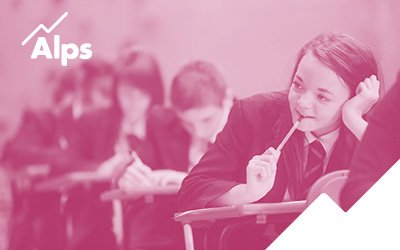 England – Recruiting for Year 12 and setting aspirational targets in 2020

England – Recruiting for Year 12 and setting aspirational targets in 2020 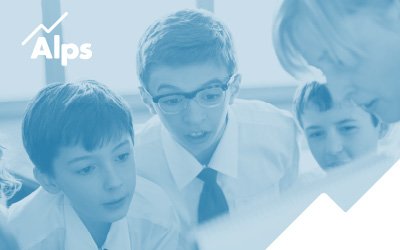 Starting the Autumn Term in the right frame of mind – how can Alps help?

Starting the Autumn Term in the right frame of mind – how can Alps help?

You can now toggle between the MEGs and the Personalised Targets on the Student Analysis Overview with our brand ne… t.co/gDzA0HyxG3